Status
Not open for further replies.

#126
The Bopper said:
See thats the problem... he's only remember for shit like "Game Face" or thoring the chair... how about winning 3 national titles? only 3 other guys have won that many or more...
Click to expand...
Agreed that Knight can be a major jerk and he has gone off way too much.  But, he has won consistently without the recruting scandals, low graduation rates and player problems that have plagued a lot of other coaches and programs.

Sadly, his players are probably better behaved that he is and that is part of the problem.
A

Chasing wheels of cheese down a hill? Is that on Cheddarvision 2?
J 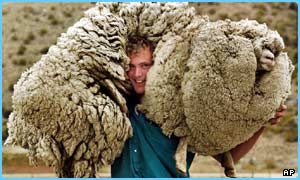 #132
Penfold said:
Because God knows Amy Winehouse wasn't influenced by anyone, ever.  A true trail blazer, she is...
Click to expand...
She does plenty of blazing...

The Bopper said:
ONe listen to artists like Adele, Lily Allen, and Kate Nash will show that WInehouse has already been influential...
Click to expand...
Lily Allen and Amy Winehouse became famous at about the same time. I don't think that one had any influence on the other.

Kate Nash is different to the others in that a) she's got talent and b) she's hot (in a Kari Byron from Mythbusters kind of way). Also, her music is nothing like the pile of crap that Lily & Amy produce.

As for Adele, never heard anything by her.
A

My printer was going, did I here mention of Gloucestershire's national sport ?

A new challenger to Neil

Who is Josh Cromwell? He must join this collective, especially if he has nothing to do.

#149
The Bopper said:
I didnt say she was a trailblazer, I said she is influential to others... Of course she was influenced... Music nerds, like yourself and I, will always find someone to compare them too... there is nothing original anymore...
Click to expand...
The style of her music isn't anything new.  She is an average artist that has above average drug habits.

This was your quote

Bill Lehecka said:
Who is Josh Cromwell? He must join this collective, especially if he has nothing to do.
Click to expand...
James's son...

Status
Not open for further replies.